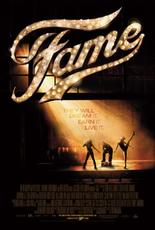 Fame 2009 is a modern update on Alan Parker’s 1980’s version and international sensation Fame, which spawned a generation of worldwide fans and a subsequent global hit television series, and stage production of the same name – Fame. The story of “Fame 2009” follows a group of students attending the renowned New York School of Performing Arts from audition through graduation as they discover their burgeoning talents and define their identities. Caught up in the intense atmosphere of a performing arts high school in New York, the student artists in the film confront both the tantalizing promise of success and the challenges of thriving in a highly competitive environment. (Source)