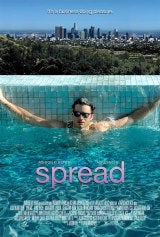 In SPREAD, Nikki (Ashton Kutcher) isn’t a gigolo. He’s a sexual grifter, a fun-loving, freeloading hipster who understands his greatest assets are his looks and sexual prowess, which he uses to charm his way into the hearts of the city’s richest women and enjoy their lifestyle. Nikki gets a free place to live, fantastic gifts, A-list access, and plenty of sex. The women get to feel young, beautiful… and utterly fulfilled in the bedroom. It’s a mutually beneficial set-up. Nikki’s latest conquest is Samantha (Anne Heche), a stunning middle-aged lawyer who gives him more than he’s ever had before. But then he meets a gorgeous waitress his own age named Heather (Margarita Levieva). She comes to visit Nikki at Samantha’s house while Samantha is out of town, sees what an incredible place it is… and comes to the mistaken conclusion it’s his. Unbeknownst to Nikki, Heather lives by playing the same game. When Samantha comes home, she discovers Nikki’s infidelity and he’s put out on the street. With nowhere else to turn, Nikki pulls out all the stops to win Heather over and they begin to form their own kind of bond. Sexually charged by a game of one-upsmanship, each shows the other their best grifts, and they unexpectedly begin falling in love – the one thing they can’t do in the life they lead. Soon, the truth of their unfolding relationship forces a choice between love and money, and Nikki has to decide whether he can live on his own once and for all in the hopes of finding something real. (Source) 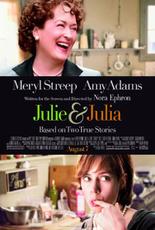 A frustrated temp secretary (Amy Adams) embarks on a year-long culinary quest to cook all 524 recipes in Julia Child’s Mastering the Art of French Cooking. She chronicles her trials and tribulations in a blog that catches on with the food crowd. The film also covers the years Julia Child (Meryl Streep) and her husband Paul (Stanley Tucci) spent in Paris during the 1940s and 1950s, when he was a foreign diplomat who was eventually investigated by Sen. Joseph McCarthy for alleged communist ties. (Source) 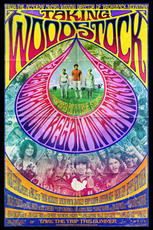 In the summer of 1969, Elliot Tiber (Demetri Martin) divides his time between New York and the El Monaco, his Old-World parents’ ramshackle motel in the Catskills. When the proposed venue for the upcoming Woodstock concert falls through, Elliot steps in to play a pivotal role in the generation-defining event by helping organizers secure Max Yasgur’s nearby farm and offering the El Monaco as their home base. (Source)

Beloved director Kore-Eda Hirokazu (AFTER LIFE, NOBODY KNOWS) returns to the forefront of world cinema with STILL WALKING – an exquisitely detailed family drama that shines with warmth and understanding. The film was one of the most critically acclaimed works at the Toronto, Tribeca, and San Francisco International Film Festivals. Lushly photographed, and with an expert script that incorporates elements of director Kore-Eda’s personal experience, STILL WALKING is a quiet pleasure unlike anything else you will see this year. Fifteen years ago, Junpei, the youngest son of the Yokoyama family died while rescuing a boy from drowning. On the anniversary of his death, the remaining siblings visit the quaint home of their parents with their families in tow. Over the course of a beautiful day, new relatives become acquainted telling stories and squabbling over sizzling tempura and an elegant graveside ritual is performed for Junpei. Recalling the delicate splendor of Yasujiro Ozu’s TOKYO STORY, Kore-Eda shows complete mastery of his characters while revealing the complex dynamics of an ultimately loving family with humor and warmth. (Source)

Raizo (Rain) is one of the deadliest assassins in the world. Taken from the streets as a child, he was transformed into a trained killer by the Ozunu Clan, a secret society whose very existence is considered a myth. But haunted by the merciless execution of his friend by the Clan, Raizo breaks free from them…and vanishes. Now he waits, preparing to exact his revenge. In Berlin, Europol agent Mika Coretti (Naomie Harris) has stumbled upon a money trail linking several political murders to an underground network of untraceable assassins from the Far East. Defying the orders of her superior, Ryan Maslow (Ben Miles), Mika digs into top secret agency files to learn the truth behind the murders. Her investigation makes her a target, and the Ozunu Clan sends a team of killers, led by the lethal Takeshi (Rick Yune), to silence her forever. Raizo saves Mika from her attackers, but he knows that the Clan will not rest until they are both eliminated. Now, entangled in a deadly game of cat and mouse through the streets of Europe, Raizo and Mika must trust one another if they hope to survive…and finally bring down the elusive Ozunu Clan. (Source)

Paul Aufiero (PATTON OSWALT), a 35-year-old parking garage attendant from Staten Island, is the self-described “world’s biggest New York Giants fan.” He lives at home with his mother (MARCIA JEAN KURTZ), spending his off hours calling in to local sports-radio station 760 The Zone, where he rants in support of his beloved team, often against his mysterious on-air rival, Eagles fan Philadelphia Phil (MICHAEL RAPAPORT). His family berates him for doing nothing with his life, but they don’t understand the depth of his love of the Giants or the responsibility his fandom carries. One night, Paul and his best friend Sal (KEVIN CORRIGAN) spot Giants star linebacker Quantrell Bishop (JONATHAN HAMM) at a gas station in their neighborhood. They impulsively follow his limo into Manhattan, to a strip club, where they hang in the background, agog at their hero. Paul cautiously decides to approach him, stepping into the rarefied air of football stardom — and things do not go as planned. The fallout of this chance encounter brings Paul’s world crashing down around him as his family, the team, the media and the authorities engage in a tug of war over Paul, testing his allegiances and calling into question everything he believes in. Meanwhile, the Giants march toward a late-season showdown with the Eagles, unaware that sometimes the most brutal struggles take place far from the field of play. (Source)

Tarek, a young Lebanese-Australian panel-beater, struggling to realise his dreams, is offered a chance to set himself up for life. All he has to do is follow a plan to outsmart the cops and a gang of serious criminals. He wants the prize…but is he ready to pay the price? (Source)

Over the past few years, writer/director Judd Apatow (The 40-Year-Old Virgin, Knocked Up) has shown that nothing—not even losing your virginity or the miracle of childbirth—is sacred. About his third film behind the camera, he says, “I’m trying to make a very serious movie that is twice as funny as my other movies. Wish me luck!” Apatow directs Adam Sandler, Seth Rogen and Leslie Mann in Funny People, the story of a famous comedian who has a near-death experience. Adam Sandler, Eric Bana, Jason Schwartzman, RZA and newcomer Aubrey Plaza join a cast that reunites Judd Apatow with Seth Rogen, Leslie Mann and Jonah Hill in their third comedy together. (Source)

Extract, is the new movie from writer/director Mike Judge (“Office Space,” “King of The Hill,” “Beavis and Butt-Head”). Joel, played by Jason Bateman (“Juno,” “Arrested Development”), is one step away from selling his flavor extract factory and retiring to easy street when a freak workplace accident sets in motion a series of disasters that put his business and personal life in jeopardy. The film also stars Kristen Wiig (SNL, “Ghost Town”), Mila Kunis (“Forgetting Sarah Marshall”) and Ben Affleck (“He’s Just Not That Into You”). (Source)

“The Invention of Lying” takes place in an alternate reality in which lying-even the concept of a lie-does not exist. Everyone-from politicians to advertisers to the man and woman on the street-speaks the truth and nothing but the truth with no thought of the consequences. But when a down-on-his-luck loser named Mark (Gervais) suddenly develops the ability to lie, he finds that dishonesty has its rewards. In a world where every word is assumed to be the absolute truth, Mark easily lies his way to fame and fortune. But lies have a way of spreading, and Mark begins to realize that things are getting a little out of control when some of his tallest tales are being taken as, well, gospel. With the entire world now hanging on his every word, there is only one thing Mark has not been able to lie his way into: the heart of the woman he loves. (Source)